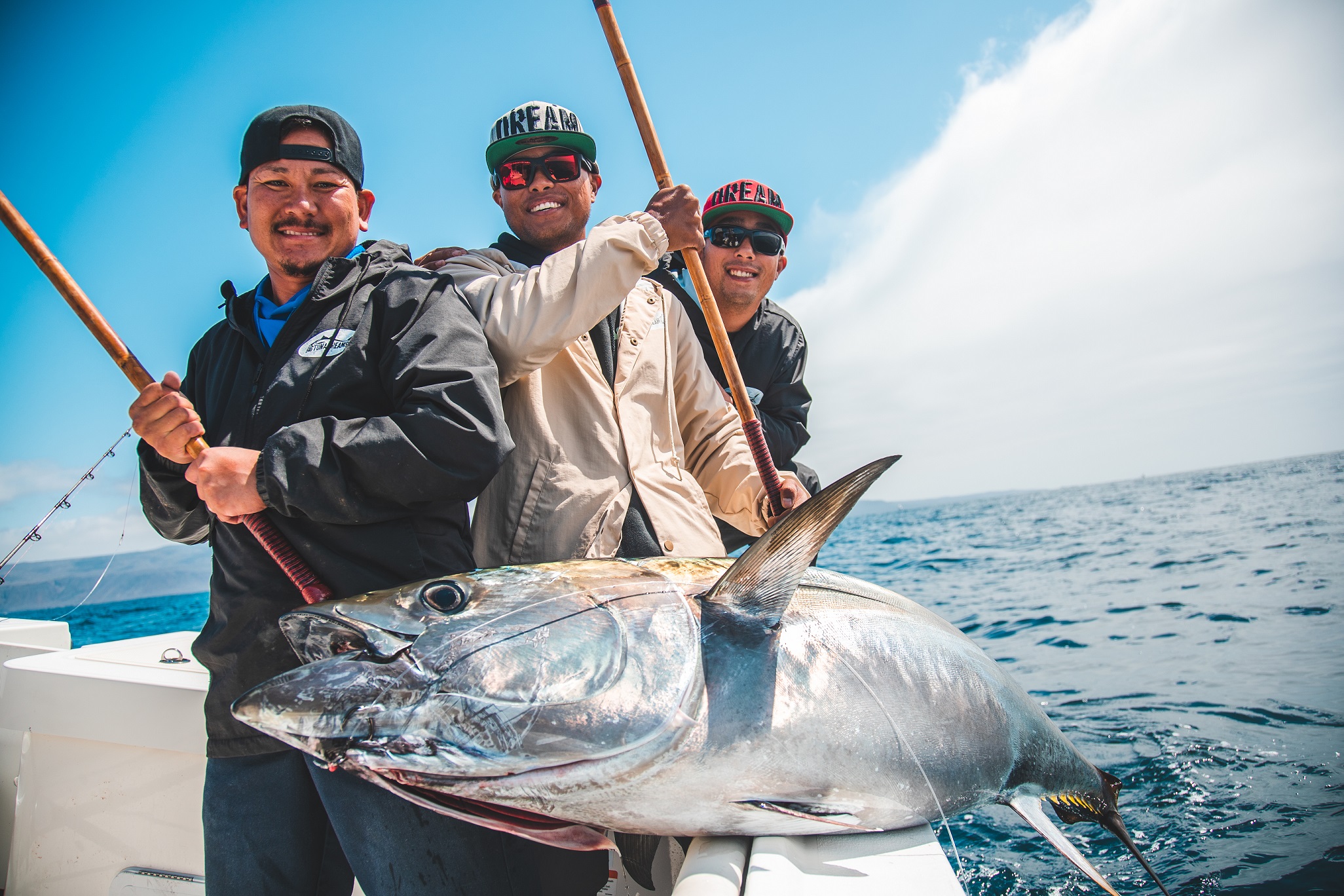 Most people only know tuna from their favorite fancy restaurant or from their daily canned tuna sandwiches. Even most San Diegans who practically have the species swimming in their backyard aren’t likely to know much about tuna fishing. But tuna fishing is nothing new to the San Diego area. In fact, in the 1950s, tuna fishing was the third-largest industry. Though the tuna industry has long since moved to other parts of the world, fishing for tuna continues to be a sport enjoyed by both locals and people traveling to the California coast. One popular species sought after in the summer months, and recently growing in numbers, is the bluefin tuna.

Facts About the Bluefin Tuna

Worldwide, there are more than a dozen species of tuna such as ahi, yellowfin, and albacore. One species that can be found in San Diego’s Pacific waters include the Pacific bluefin. They are a highly migratory species so are generally only seen here in the summer months between late June and August.

Characteristics of the Pacific Bluefin Tuna:

Pacific Bluefin tuna populations are sustainably managed in order to rebuild the species. According to the National Oceanic Atmospheric Administration, harvesting is limited to only two bluefin tuna per day per person to counteract overfishing. However, with the regulations in place, bluefin tuna can be safely fished off the coast of San Diego with minimal habitat impact. This makes the sport of blue fin tuna fishing popular in the area.

Considered normally tough to catch, these “boat shy” fish have been making their way as close as 3 miles offshore which is normally unheard of. Additionally, it’s becoming more and more common to see larger-sized bluefin tuna. Fishers attribute the increase in numbers and size to the warming of the ocean off the California coast as discussed in this article. This makes the area an ideal feeding ground for bluefin. Both scientists and fishermen are happy to see such a steep rise in bluefin populations.

Not only are there bigger bluefin and more of them, a few San Diego fishermen even set a historic record with their huge catch. Local catches aboard full-day boats (those who go out and back within one day’s time) are generally far below 100 pounds, but in early June, a 217.5 pound bluefin tuna was caught by anglers just 20 miles off San Diego. Not only that, but a fishing season that’s normally limited to summer months is now expected to last through the end of the year. It’s definitely a trend that sport fishermen are enjoying.

Tips For Your Bluefin Sportfishing Adventure

If there were ever a time to get in on the action of bluefin tuna fishing, now would be the time. With populations growing and the size of the fish found being larger and larger in size, it can be a lucrative affair. Bluefin tuna often sells for between $40-$200 per pound due to its importance in the sushi industry (though your catch will only be legal to sell if you have a commercial license).

Bluefin can be a very difficult fish to catch, but it can also be a once in a lifetime experience.

Here are some tips: