Iridium satellite phones are a type of mobile phone that operate under the Iridium Satellite Network. Unlike a cellular phone that requires a cell tower within a certain mileage range. 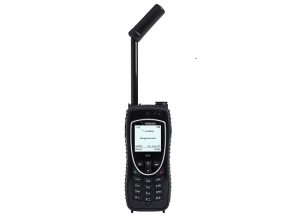 Top of the Line Features with Military-Grade ToughnessThe feature-rich Iridium 9575 might look similar to the 9555, but it’s been taken to the next level. Iridium took all of the same great base features that anyone would need in a reliable satellite phone and put them into the 9575…then went above and beyond to consider what someone might require that the a base model couldn’t offer. Who is the Iridium 9575 satellite phone best for? Remote corners of the earth are often synonymous with harsh conditions. There’s a reason there are no cell towers in close proximity after all. There’s a reason the 9575 has the word “extreme” in its name. If military-grade toughness is what you require, the Iridium 9575 is your most reliable, heavy-duty option. Beyond that, there is risk involved with getting off the grid where emergency services aren’t close by, but the 9575 Extreme has top of the line features that ensure help is just a touch of a button away.Notable Features of the Iridium 9575 Extreme:  If your travels frequently take you to the most extreme areas of earth, the Iridium 9575 will allow you to stay connected when nothing else will. Iridium Service Plans for the Iridium 9555 and 9575 Extreme come in a variety of monthly and prepaid options to cater to your specific needs. Find them here.
RENT IRIDIUM 9575 EXTREME
BUY IRIDIUM 9575 EXTREME

If transforming your smart phone into take anywhere satellite phone sounds more appealing to you, there is an even now an option for that. Better yet, by utilizing the same device you can also turn your tablet and laptop into fully functioning satellite devices, as well. This is all thanks to the easy to transport powerhouse that is Iridium GO.What is Iridium GO and how is it different from a satellite phone? Think of the Iridium GO as a fully functioning Wi-Fi hotspot that keeps you connected no matter where you go. Your smart devices that work perfectly near cell towers will be rendered useless once you head to more remote areas, that is until you connect them via the Iridium GO. Though you won’t make calls or send texts through the Iridium GO like you would the satellite phones on this list, it will ensure you can do that and more when your own smartphone is enabled on the Iridium network.Who does Iridium GO work best for? What makes the Iridium GO so alluring is that it has the ability to provide an uninterrupted satellite connection to up to 5 mobile devices. So if you are someone who needs constant access via your phone, tablet and laptop (for example), the Iridium GO is an excellent choice. Additionally, if you know you’ll be in and out of cellular range, the Iridium GO provides a way to access the Iridium satellite network only when necessary.Notable Features of the Iridium GO:  We love the Iridium GO for the flexibility it gives its users. From the avid hiker to the executive who needs constant connection for business, this device is for anyone who needs to turn their smart device into a satellite device at a moment’s notice.As a data device, the Iridium GO plans differ from a typical satellite phone plan. You can find various monthly and prepaid options here.
RENT IRIDIUM GO
BUY IRIIDIUM GO

What is the price of Iridium?

To use Iridium two-stage dialing from any phone, dial +1 480 768 2500 and follow the automated instructions asking for the Iridium subscriber satellite phone number.

What's the use of beam Iridium antenna?

The Active / Powered Iridium antenna RST740 is designed for Land and Maritime applications specifically for the use where long cable are required to reach between the required antenna location and the terminal.

How to check Iridium IMEI?

Iridium IMEI number can be found under the battery of your Iridium device.

How to update Iridium firmware?

How to unblock Iridium satellite phone?

Iridium price chart
What is the price of Iridium spot?