Working in the Oil and Gas Industry Resource Guide

A career in oil and gas where you are stationed offshore requires a completely different lifestyle from other careers. The working conditions are much harsher and cramped living quarters and being isolated from the outside world are other challenges faced when choosing to work in this field. However, workers are increasingly well-paid for their efforts.

In this guide, we will provide our best recommendations to transitioning to this working environment that is likely a big change from what you have experienced in the past. From preparing yourself both mentally and physically, to rounding up the gear you’ll want to make sure you bring with you (including the best devices to stay in contact with your loved ones back home), we’ll make sure you have the information you need to get started as you embark on offshore working and living. 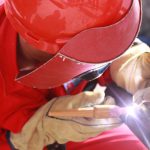 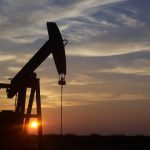 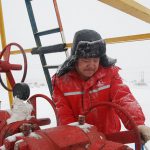 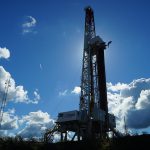 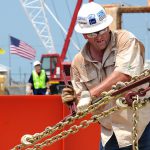 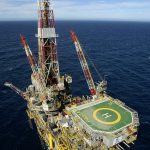 Life and Work on an Oil Rig

Oil rigs can be found on both land and at sea and are located all over the world. Oil rig workers work 12-hour shifts and many work for a “hitch” of two-four weeks on the rig and then return home for two-four weeks.

Though the working conditions are rough and the expectations are high, these rigs can feel like a second home. Oil companies work hard to provide amenities to workers to make it as desirable of a living situation as possible. Providing fun things to do with places to relax and unwind when the day’s work is over has been made a priority. Workers can go on the internet, play video games or table games, fish, or work out at the on-board gym. Some platforms even have a small movie theater.

Workers will be happy to know that the variety and quality of the food is high with an ongoing opportunity for hot meals when hunger strikes.

It’s important to prepare for a life of shared living space. It can be difficult to find time and space to yourself due to the way the rigs’ living and working spaces are set up. Sharing a room with someone else is highly likely, with one community bathroom being shared by several people. Communicating with those around about your needs, working around eachother’s schedules, and providing others around you with space will help everyone to get along and cope with the living conditions more easily.

Preparing for the Physical and Mental Demands

A job or career working out in the oil and gas field is a demanding one. Not only is strength and stamina important when it comes to being able to keep up with what the job requires, but staying focused and positive are important, as well.

How to Prepare Physically

It is likely that you will be required to pass a physical examination before being hired for a job on an oil rig. This is to ensure that you will be able to successfully complete the expected tasks that require a certain amount of upper body strength, back strength and endurance. Improving physical fitness takes time, so if you have not taken the test yet, be sure to start early in your preparation. If you have already passed the test but have not yet started your position, be sure to continue your strength training and cardio activities so that you will be able to keep up with the physical demands of the job that you were hired for. Being consistent in your regimen is important.

Preparing for the Risks

Jobs on an oil platform can be dangerous if you don’t strictly follow safety protocols. Drillers.com shares that the biggest risks come from fires, flammable chemicals, moving parts from machinery, danger in the well as well as fatigue. It’s important that you listen well during safety training, continue to follow safety procedures while working and get the sleep that you need so that you can function your best on the job.

How to Prepare Mentally

Even though you’re going to be surrounded by others 24/7 while working in the field, it can still feel quite lonely. This is because you will be away from your loved ones for an extended period. Making friends or having hobbies to do that you enjoy while you are away will help pass the time when you aren’t working. Psychological health is important, so it’s important to know the stressors you may face in your new position. Communicating with the people you care about back home will be key.

Staying Connected When Working Offshore in Oil and Gas

Communication is important for workers in the oil and gas industry who will be away from their families and friends for a good length of time. Whether that’s being able to send email, text, or make a phone or video call, this is one of the best ways people can remain relaxed and happy when fulfilling their job commitment for a 2-4 week stint.

Though oil platforms do have an internet connection, you have to be mindful of others’ needs as well who will also want to contact their loved ones. This may place a limit on how much time you have for communication. It can be helpful to have your own form of satellite communication that you don’t have to share with others.

There are many options to choose from and the range of plans is vast as well. Satellite phones and devices can be rented or purchased. Following are some great option to stay connected while you are away working for weeks at a time.

Amazing customer service and product! They are always there when you need them with anything. Iridium phone kept me connected to my family while I was traveling for work. Wouldn't do another trip without one. If you are looking for a reliable product and great prices contact these guys! 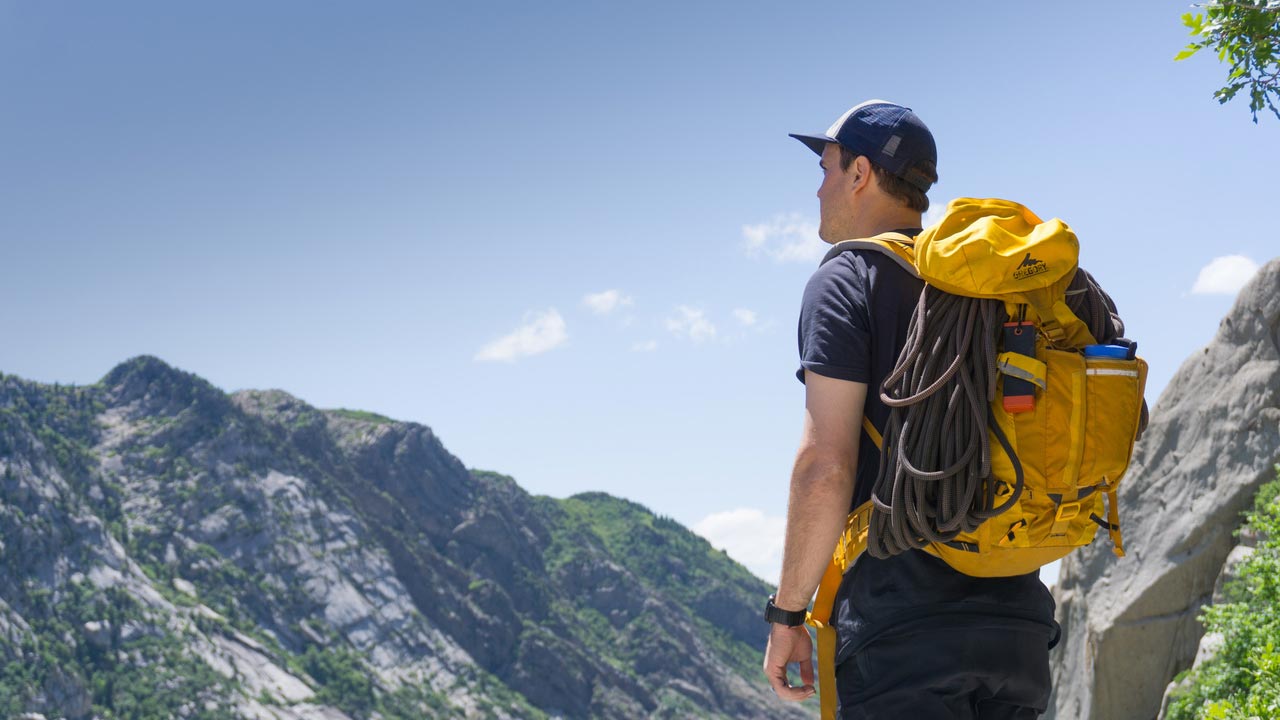 Once you arrive at your offshore destination where you will work and live, your cellular phone will no longer function. A satellite phone is a must if you want your own source of communication on an oil rig and to be able to call loved ones back home with ease. Satmodo offers several options, but one of the most reliable with a proven track record for providing seamless text and calling without fail is the Iridium 9555. 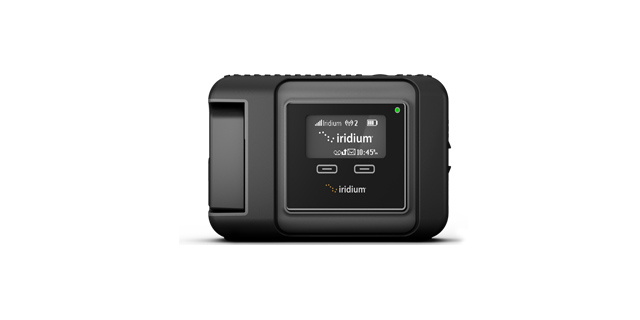 If you are a company seeking improved satellite communication for your workers, there are some great options that will give you more reliability and features while working offshore.

Push-to-Talk satellite phones enable workers to talk to a large group of contacts with a push of a button. When immediate decisions need to be made or directions need to be given quickly to several people at once, the push-to-talk feature is important to have. They can be crucial in keeping your crew safe, as well. The ICOM IC-SAT100 PTT is a top choice for using with a large group working offshore. 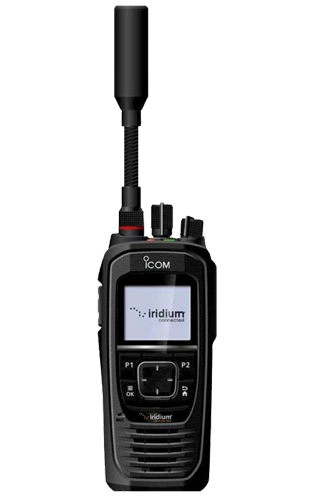 Providing internet for your staff on board an oil rig means you need a robust system that can meet the demands of several users at once while also being able to withstand harsh conditions. The ExplorerGS Fly-Away Antenna System is a great choice. 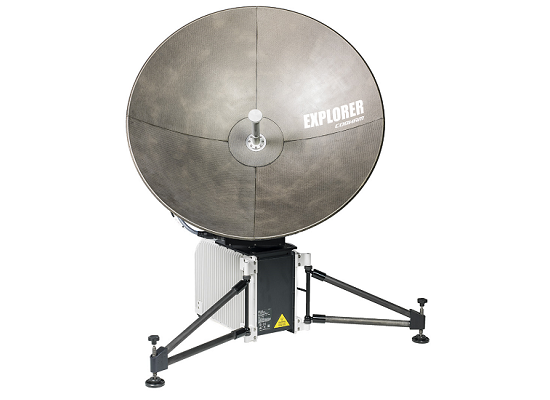 The rugged EXPLORER 5075GX, by Cobham, is a portable, lightweight, auto-acquire fly-away system.  The user friendly design of this Ka-band satellite terminal is configured to work with the Inmarsat Global Xpress (GX) satellite network and contains an integrated iDirect Core Module.

Having the Right Gear When Working in Oil and Gas

Now that you know the best way to stay in contact with loved ones and how to mentally and physically prepare as you embark on your career on an oil rig, you also need to know what gear will be important to have. Because once you’re there, you won’t be able to shop for what you don’t have.

It’s likely that your employer will give you a list of essential items that you are responsible for bringing. We suggest using this list along with their recommendations to ensure you are completely covered.

Here are seven times we highly suggest gathering right away and you can also download our printable checklist that outlines everything you need to prepare to bring with you for a job on an oil rig.

Most frequent questions and answers

What jobs are available in the oil and gas industry ?

Of all the industries in the entire world the petroleum industry is about as big as they get. Therefore, there are a wide variety of employment opportunities. There are highly specialized jobs that require lots of schooling (Master’s, Ph.D) such as petroleum engineering positions or jobs in the geosciences arena. Currently, there is a major shortage of workers with training in oil exploration.

You don’t need a college education to get into the industry, however. Many jobs are entry-level or require very little specialized training whatsoever – floorhand and roughneck jobs, maintenance positions, you name it.

HOW MUCH CAN I EARN WORKING AN OIL INDUSTRY JOB ?

In general, there is a shortage of oil industry workers. There simply aren’t enough engineers, people with training in the geosciences, or people willing to do the physical work required of a roughneck or rig worker. Because of this earnings and benefits can be excellent. Many people who work oil rigs average, over the course of a year, 6 months of work and 6 months of down time. Because many work locations are remote the employer provides your room and board. Most companies also offer a generous benefits package that often includes: medical and dental insurance, life insurance, disability insurance, 401K plan, profit sharing plans, vacation time, etc. People coming out of college with undergraduate or graduate degrees applicable to the petroleum industry can receive pay exceeding $60,000 per year plus signing bonuses.

Where are most of the jobs in the oil industry?

Oil and gas companies tend to be located in areas where there’s lots of oil and gas. Kind of a no-brainer. In the United States many of the ‘corporate’ jobs with oil companies are in Houston, Texas, Anchorage, Alaska, Alberta, Canada, and so forth. The top oil producing countries are Saudi Arabia, Canada (because of their Oil Sands), Russia, the United States, Iran, and China. In the United States most oil comes from Texas, Alaska, California, Louisiana, and New Mexico. If you’ve heard about fracking, then you know there is a major drilling boom happening in several US states.

Oil exploration and production is pretty much a worldwide endeavor.

What are the living conditions like on an offshore oil rig?

While it is true that accommodations on offshore oil rigs are sometimes cramped and privacy is hard to come by, many find the experience similar to their first year in college dorm, but without the homework. Rig workers eat great food in a dining area, have a place to sleep and read, and the work schedule allows for shore time. On the rig deck it’s extremely busy, noisy, and dirty.

Do oil rig crew members work a lot of hours ?

Most oil rigs are operating 7 days per week, 365 days of the year. Depending on the size of the rig there are between three and four crews working in shift rotations. Typical shifts are 8- to 12-hours in length. Crewmembers often go 8-12 hours on and twelve hours off.

What kind of training regarding safety and emergency protocol will I receive?

Oil industry employers put employees through extensive operations and safety training to prevent accidents and environmental damage. Worker injuries and equipment damage can result in downtime, lawsuits, poor crew morale, inefficiency, and so forth. If you’re hired to work on a rig or at a refinery or on a pipeline operation expect both initial and ongoing safety training. You will encounter routine emergency drills throughout your employment.